How to Choose a Rolling Pin 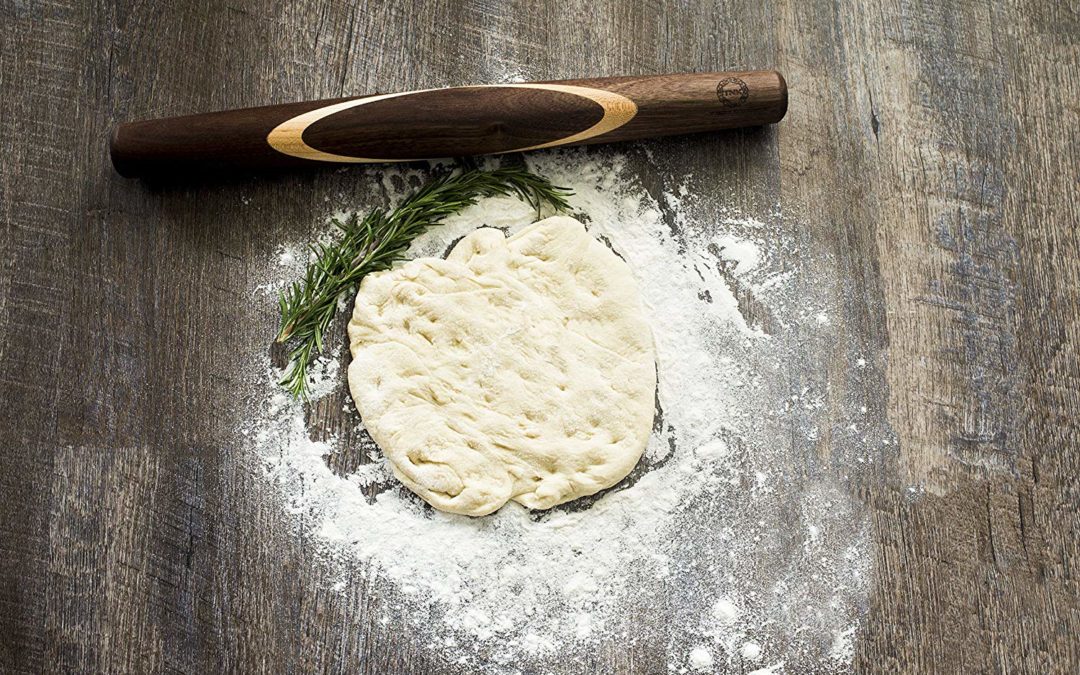 A rolling pin is such a simple cooking utensil that it is easy to overlook its importance. If you do not bake much, you might not know you are missing one until the time comes when you need one. Rolling pins should be simple and durable. A good rolling pin should last its user a lifetime.

Many people purchase the first rolling pin that they see with no regard for quality. It seems a little silly to think that one should do research before purchasing something as simple as a rolling pin, but it is not silly at all. A good rolling pin will make all the difference. Read on to learn how to choose the perfect rolling pin for you.

Consider the task at hand when selecting a rolling pin. You, as the cook, should think about what you will be using the rolling pin for the most. This is an incredibly important step that should not be overlooked. Rolling pins come in all sorts of shapes. Different sizes and dimensions are designed for different cooking styles and different recipes.

A rolling pin that is too long or too short can:

If a rolling pin is too long, it can be awkward to use. If it covers too much surface area, then you could struggle to work efficiently with your hands spread too far. Being able to maintain control over the working area is the key to cooking any recipe that requires dexterity and precision. Rolling pins that are too large will do a cook no favors.

Eighteen inches from handle to handle is a safe length for a rolling pin. This is enough to cover almost any amount of dough that you would be rolling. This length would not be too much to handle when processing smaller, more intricate tasks. You should make sure that the length of your rolling pin is somewhere in that sweet spot before you buy.

A rolling pin that is too heavy or too light can:

One to two pounds seems to be a good mid-range weight to look for in a rolling pin. It is so much easier to roll out dough when you are not having to take on extra strain bearing down on your pin or fight with excess weight to manipulate the pin’s movements. Look for a rolling pin somewhere around that one to two-pound range, and it will be perfect.

Certain materials will perform different tasks better than others will. It is important for you to assess your particular needs when selecting your rolling pin material. Some materials hold onto dough which leads to tears and messy-looking finished products. Your pin’s material should be chosen with careful consideration.

Silicone rolling pins are the most affordable pins available. They do not conduct much heat, which goes a long way towards keeping dough cool. Anyone who wants to prioritize affordability over aesthetics should consider choosing a silicone rolling pin.

Style selection comes down to personal preference. It depends on what you like or do not like about the shape of a specific rolling pin style. We, at Fast Easy Bread, greatly prefer the French style of Rolling pins. At the end of the day, you should choose what works best for you. The different styles of rolling pins all work well for the same recipes. We like the French style because we think it gives more control when rolling out dough. You can easily roll out a circle by starting from the middle and rolling out from there. See this article about “How To Use A Tapered French Rolling Pin.”

Shaker rolling pins are made of hardwood and have fixed handles. This style is the traditional, familiar rolling pin style that is used in the United States. These beautiful rolling pins are simple, rustic, and functional. They perform well and allow users to work with their fingers safely above the surface of the working area.

American rolling pins look just like shaker rolling pins, but the handles swivel and allow the shafts of the rolling pins to rotate against the working surface. Marble rolling pins are usually made in this style. The rotation is a convenient feature that many cooks have certainly come to appreciate, but this style does require more cleaning and upkeep. The olther downfall is that it has moving parts and can break after some period of use.

French rolling pins are simple and straightforward. They are basically smoothed batons of wood with slightly tapered ends. This is a very minimalist and attractive style that many cooks have come to appreciate in recent years. Cooks that use these pins like the fact that they can feel the dough better through the pin itself.

Rolling pins can be more than a kitchen tool or utensil. They can be a staple for decoration if the design is unique enough. For example, some marble rolling pins come with cradles or stands to display in the kitchen. Our Top Notch Kitchenware rolling pins are all beautiful and there are some really unique designs of inlayed wood for display. The Black Walnut with Sugar Maple Celtic Knot rolling pin is a fan favorite and best seller sure to spice up the looks of your kitchen. It is short enough to fit in a standard drawer but I promise you won’t want to leave it in there.

Whatever you choice for rolling pin is, I hope you enjoy using it. Happy Baking!!!